With the ever increasing complexity of software applications and their respective codebase, relying on only manual testing is proving inefficient, laborious, and less cost-effective. To avoid this situation, businesses and organizations are increasingly willing to hire QA automation and test automation companies offering automation testing services. By employing expert software testing automation services, businesses can automate repetitive functionalities, regression prone areas in their application and other critical areas in testing such as security testing, performance, load and stress testing.

Advantages and Benefits of Hiring the Best Automation Testing Company

Test Automation Services are one of our core strengths. As far as software test automation services are concerned, CredibleSoft is one of the leading companies providing best quality automated testing services in India & USA. By employing our experienced automation engineering team, you can effectively improve Test Automation Success & ROI for your business. 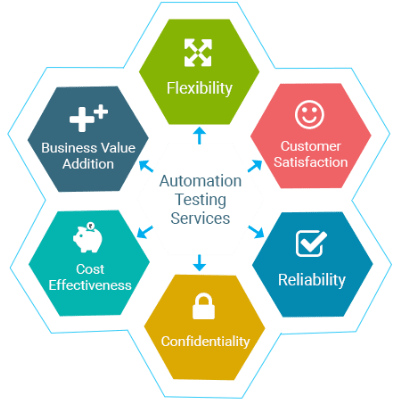 – Test automation, when done efficiently, saves time, resources and money.
– Automation testing can increase the effectiveness and test coverage of the software application that is being tested.
– Once a robust test automation suite is in place, it can efficiently reduce manual interventions.
– Smartly created automated tests can achieve accurate and consistent test results.
– QA automation reduces time of product release due to faster test execution speed.
– Can be easily integrated into your existing Continuous Integration (CI) and Continuous Delivery (CD) pipeline.
– Can be executed along with a SaaS service offering device stacks and can be executed on multiple computers, OS, browsers etc to cover compatibility testing.

Why Choose CredibleSoft as Your Test Automation Services Provider Company?

Here are some of the benefits that our expert Automation Testing Services can bring: 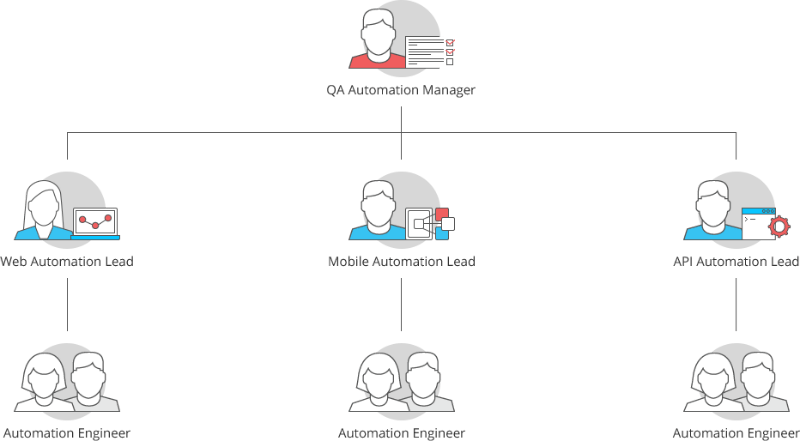 Our automated test framework is built around years of experience working with top-tier clients. Our test automation service effectively reduces the overall testing effort that is usually required to execute tests by up to 90%. This reduction in testing cost makes the testing process highly efficient.

Our automated tests are historically much faster and smarter than a group of manual test engineers trying to execute the same tests manually. In addition, the automated tests can also be run in parallel across multiple devices, OS, platforms, or browsers simultaneously.

Your every iteration and the code that get deployed via them can potentially break things. Hence periodic regression testing is required to ensure no new issues are being introduced while fixing known issues or while implementing new features and functionality during an iteration. Our intelligent automated tests can be run as many times as needed and have self-healing abilities; so they are less susceptible to break when your developers change something in the code.

Our test automation framework is highly scalable. Using our proprietary Cross Browser Test Automation Accelerator, we can easily test across different operating systems, types of devices, and browser types and versions to ensure seamless compatibility for all end users.

Our test automation services effectively remove the possibility of human errors, that are bound to happen in manual testing. This enhances the consistency and quality of testing process while improving the test coverage as well.

A human tester performing long sessions of complex or repetitive test scenarios can accidentally skip a test step or forget to detect or report an error. With automated testing such issues can be completely avoided.

At CredibleSoft, we have a rockstar team of automation engineers, leads and managers who have expertise in all the leading automation test frameworks (web, desktop, mobile and API) available today. So be it, Selenium Web Driver (Core Java, C#, Python), UFT, Appium (Java), Maven, TestNG, JMeter, WebLoad, RestAssured, Sikuli Script, Cucumber or Groovy etc, we have got everything covered!

Test the functionality of your websites and web applications in a fully automated and reliable way. All this while ensuring in-depth test coverage, accuracy, and speed. Our web automation testing team will also develop and execute cross-device, cross-platform, cross-browser compatibility tests by emulating real-user actions. Here are the different types of testing that we can automate for you:

Test the functionality of your desktop applications in a fully automated and cost-efficient way. All this while ensuring in-depth test coverage, accuracy, and speed. Our desktop automation testing team will also develop and execute scaleable functional tests by emulating real-user actions. Here are the different types of testing that we can automate for you:

Our mobile test automation frameworks can automatically test the most complex mobile apps across all major mobile platforms and devices. We can develop and execute functional, integration, system, and UI level test suites and run them in parallel too.

– Test both native, hybrid, or even web-based mobile apps
– Use actual devices, emulators and even cloud SaaS services for testing
– Cross-platform compatibility
– Run tests in parallel for faster test execution
– Ability to generate a wide range of test reports

Our API level test automation frameworks ensure that any APIs that your application uses, no matter whether third-party or your own — they work as expected. With API automation, things that were previously not visible to your testing team are no longer black-box. 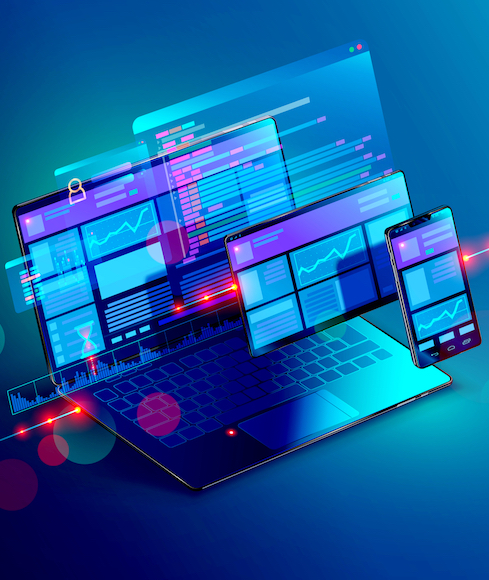